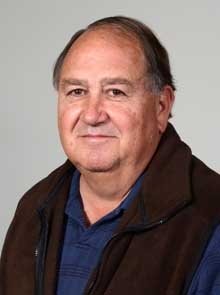 Joe James practiced orthopedic surgery in Seneca for more than two decades and served as Chief of Surgery and Chief of Staff at Oconee Memorial Hospital. The Greenville native is a graduate of Wofford College and Wake Forest University Medical School and served as a medical officer in the U.S. Navy. Since retiring from medical practice, Joe has focused on his lifelong interest in the restoration of the American chestnut. He is past president of the Carolinas Chapter and current member of the national board of the American Chestnut Foundation, which named him their 2007 Honoree of the Year. Currently an adjunct professor of forestry at Clemson University, Joe also serves on the boards of Rosa Clark Medical Clinic and Wilderness Way Girls’ Camp. He and his wife, Sandy, live on their Oconee County Farm, “Chestnut Return.” They have four children and six grandchildren.