How Upstate Forever is responding to COVID-19

Our Greenville and Spartanburg offices have closed while Upstate Forever staff work from home to help protect the health of each other, our families, and our communities. But while we are not together in the office, we remain together in our continued efforts to protect our region's critical lands, waters, and unique character. 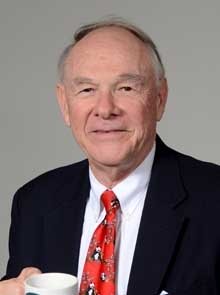 Joe Lesesne graduated from Erskine College and earned his master’s degree and Ph.D. from the University of South Carolina. He served as president of Wofford College for 28 years—from 1972 until 2000. During his tenure, the campus doubled in size, the number of majors increased from 15 to 23, and the college’s endowment grew from $3.5 million to over $100 million.