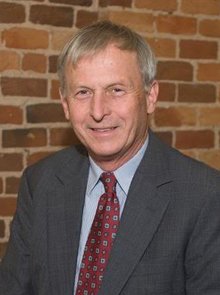 A CPA Emeritus, Tom spent 28 years with KPMG in Fort Lauderdale, Florida; Dublin, Ireland; and Greenville, South Carolina. Prior to his retirement in 2002, he was the managing partner of KPMG’s Greenville office. In addition, he served on the boards of the Greenville Literacy Association and the United Way of Greenville County Palmetto Society.

A 1968 graduate of Cornell University, Tom holds a BS in Mechanical Engineering. In 1974, he received an MBA from Harvard University.  He served as an officer on active duty in the US Navy from 1969 to 1972.

In addition to his strong interest in conservation and environmental issues, Tom also enjoys skiing, woodworking, and traveling. Tom and his wife Sandy have two adult sons, Ross and Lee, and the family has called the Upstate home for over 25 years.

Tom currently serves as Chairman of the Board of The Conestee Foundation, Inc. and was a board member of Orthofix International, N.V. from 2004 to 2010. Tom is also the Chief Financial Officer of Kester Search Group, LLC, an executive recruiting firm that specializes in the permanent placement of senior-level management positions as well as field-based sales reps into medical device, diagnostic, and dental companies throughout the United States.