During monitoring yesterday after heavy rains, Upstate Forever discovered a dangerous gully forming in the pipeline right-of-way that would eventually threaten the structural integrity and safety of the newly-constructed pipeline.

“We have had continual problems with Dominion’s construction quality and impact on streams throughout this project,” stated Shelley Robbins, Energy and State Policy Manager, “but this is the first one that is a safety threat.” 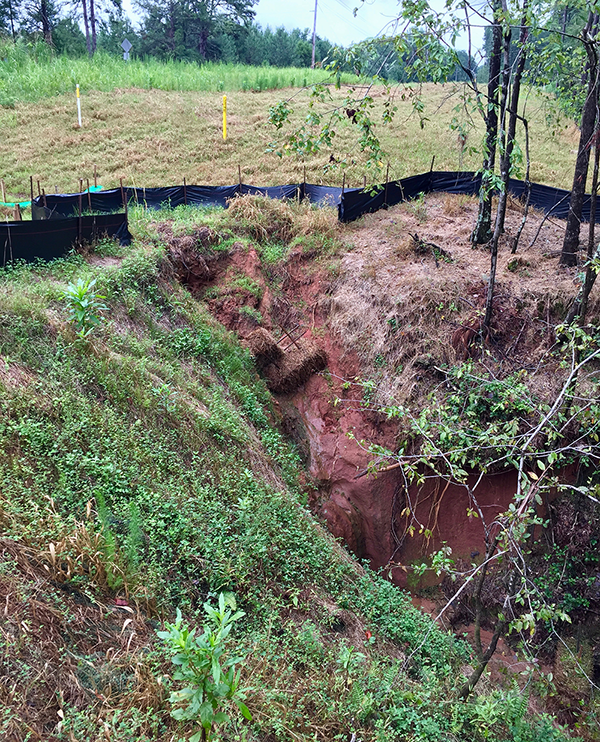 The gully, which has encroached to within mere feet of the buried pipeline, was discovered during inspection of the right-of-way along Hobbysville Road near the historic Price House in southern Spartanburg County. “There are homes along that road, families,” stated Robbins. “What would have happened if we had not documented this and reported it? Dominion never mentions it in their construction reports but they clearly know about it.” The gully has been surrounded by silt fence and other erosion control devices (ECDs) but no steps have been taken to stabilize it, according to Robbins.

The pipeline is Dominion Resources’ 55-mile Moore to Chappells section of its Transco to Charleston project, tapping off of the Williams Transcontinental pipeline in the Upstate and delivering 80,000 dekatherms per day of natural gas to the midlands through a 12-inch steel pipeline with a 50-foot right-of-way. The explosive gas is pressurized up to 1,200 psi. Pipeline construction began in 2017 and the project was placed into service on March 1, 2018.

“I immediately called DHEC, because of any state agency, they know the most about this pipeline from an environmental standpoint and they responded quickly. But part of the problem with these pipelines is the lack of clear authority over their safety and operation. The Office of Regulatory Staff has some jurisdiction and the federal Pipeline and Hazardous Materials Safety Administration (PHMSA) has some jurisdiction, but the lines and responsibilities aren’t clear to the public,” stated Robbins.

Upstate Forever opposed construction of this pipeline, contending need for the gas did not exist, but UF dropped opposition when it became clear that the V.C. Summer nuclear units 2 and 2 would not be built in the midlands. UF also insisted on special construction precautions specifically in southern Spartanburg County due to the area’s sensitive ecosystems and steep slopes.

The Federal Energy Regulatory Commission (FERC) denied the extra precautions when they issued Dominion a Certificate of Need and Public Benefit in February of 2017. “FERC stated that Dominion’s construction and erosion plan was ‘adequate.’ This is far from adequate. This is dangerous,” stated Robbins. “If that gully were allowed to undermine the pipeline itself, it would threaten the structural integrity of the steel and the welds. And no one would ever know this threat even exists except Dominion. Those families in those homes along Hobbysville Road would have no idea. It makes me wonder what else exists along that pipeline. We have flown it twice but never would have seen this gully from the air due to tree cover. In some places, the pipeline runs right beside homes and through backyards.”

Robbins noted that the newly-constructed TransCanada Pipeline in West Virginia exploded in July after erosion caused a landslide, and there are ongoing erosion problems with the construction of both the Mountain Valley Pipeline and Dominion’s Atlantic Coast Pipeline in Virginia. “Building pipelines in this sensitive area carries additional risks which aren’t being mitigated by Dominion. And now, when we know that weather patterns are going to dump massive amounts of rain, this is a tragedy waiting to happen.

Andrea Cooper, Executive Director of Upstate Forever, noted, “Dominion must realize the true cost of building and maintaining pipelines, especially as it relates to public safety. Skimping on oversight costs more – dollars and lives – in the long run.”

“Without tighter standards, FERC is threatening lives when they approve these projects,” stated Robbins. “Our pipeline project here in the Upstate is the canary in the coal mine for those bigger projects, and the outcome isn’t looking good, either for the environment and water quality or for the safety of our citizens.” 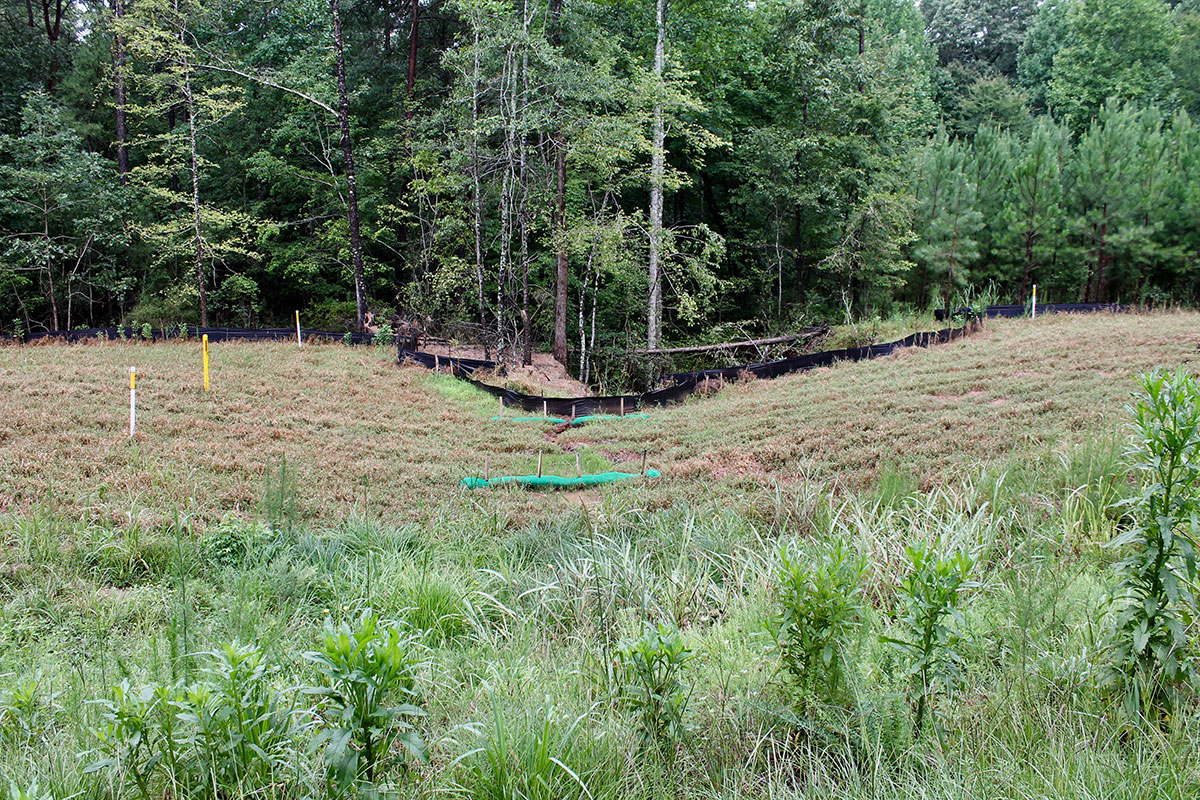