Local plants and their uses by the Cherokee

The Cherokee people, who endured forced removal from their ancestral lands which encompassed the region that is now Upstate South Carolina and much of the Southeast, had a sacred bond with this lush and abundant land. They were stewards of the earth for thousands of years, passing down intricate knowledge of plants, their uses, and unique qualities throughout generations. Historically, plants were used not only as food and sustenance, but also for medicine, clothing, and art.

In honor of Native American Heritage Month, we invite you to learn more about several local plants and their traditional uses by the Cherokee people of past and present. 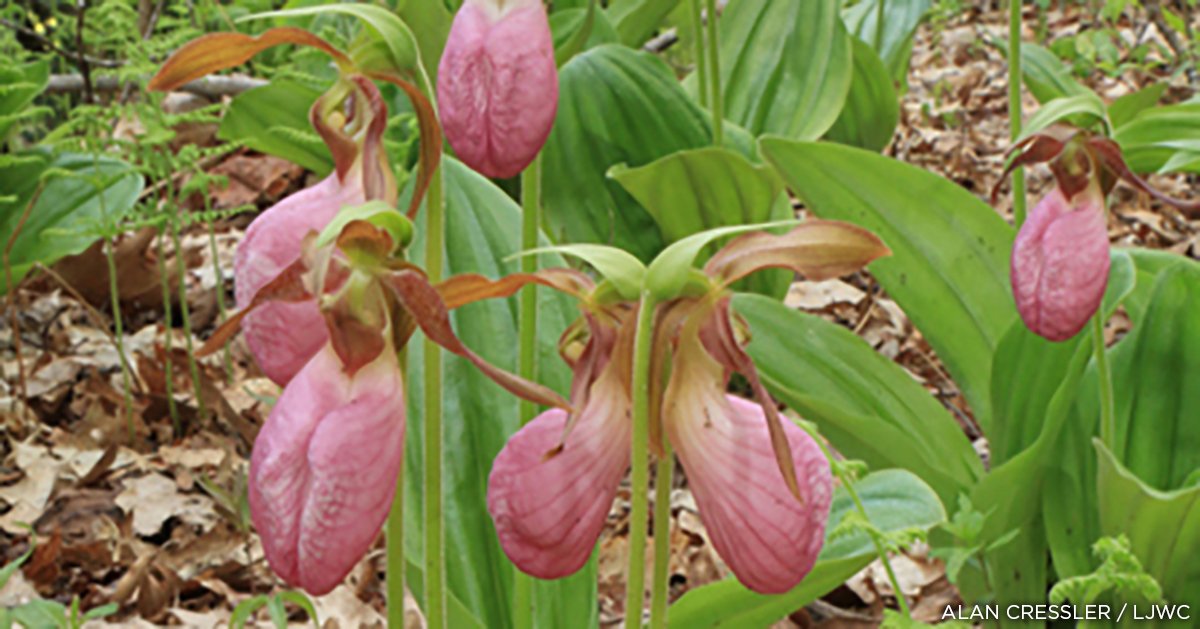 This wildflower is actually a species of orchid. Its common name comes from the flower pouch’s appearance resembling a shoe or moccasin traditionally worn by Native Americans (ulasúla meaning slipper in Cherokee). It grows about a foot tall and flowers in early summer. Parts of the plant have been used by Cherokee people to soothe stomach cramps, nervousness, toothaches, and to treat kidney issues and high fevers. 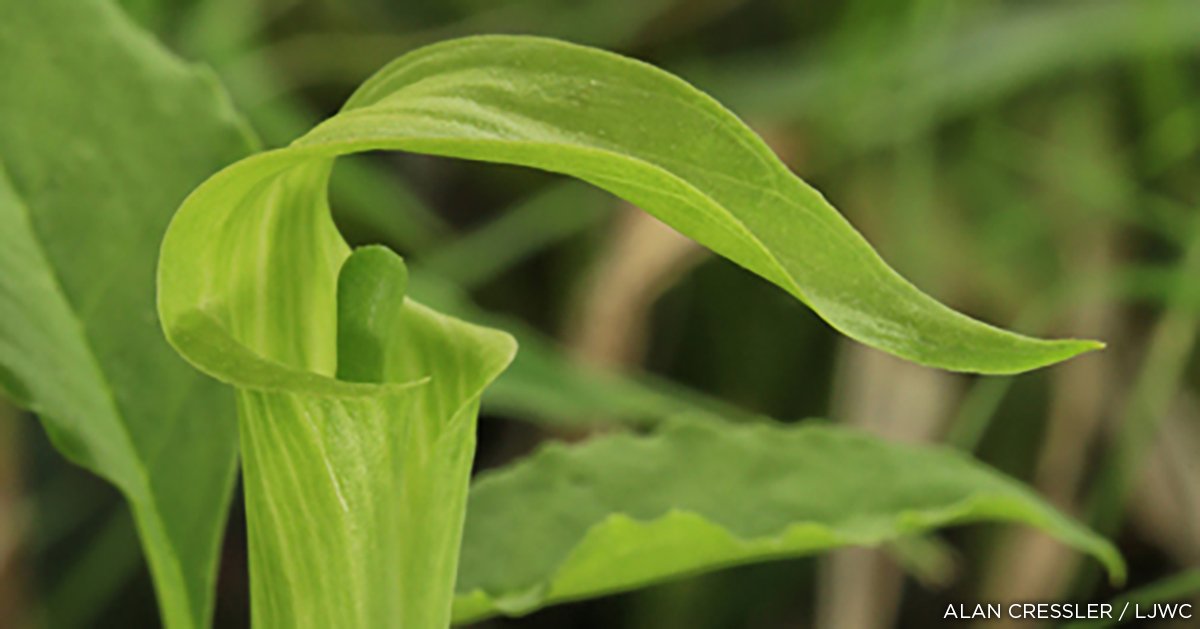 You may find Jack-in-the-Pulpit blooming from April to June all across what is now the Eastern United States. When not flowering, it can be confused with poison ivy. Its stem, leaves, and flower are toxic, but the root of túyastĭ΄ was cooked and used as a vegetable or dough ingredient. Roots were also used in a poultice for headaches or consumed to treat kidney problems. 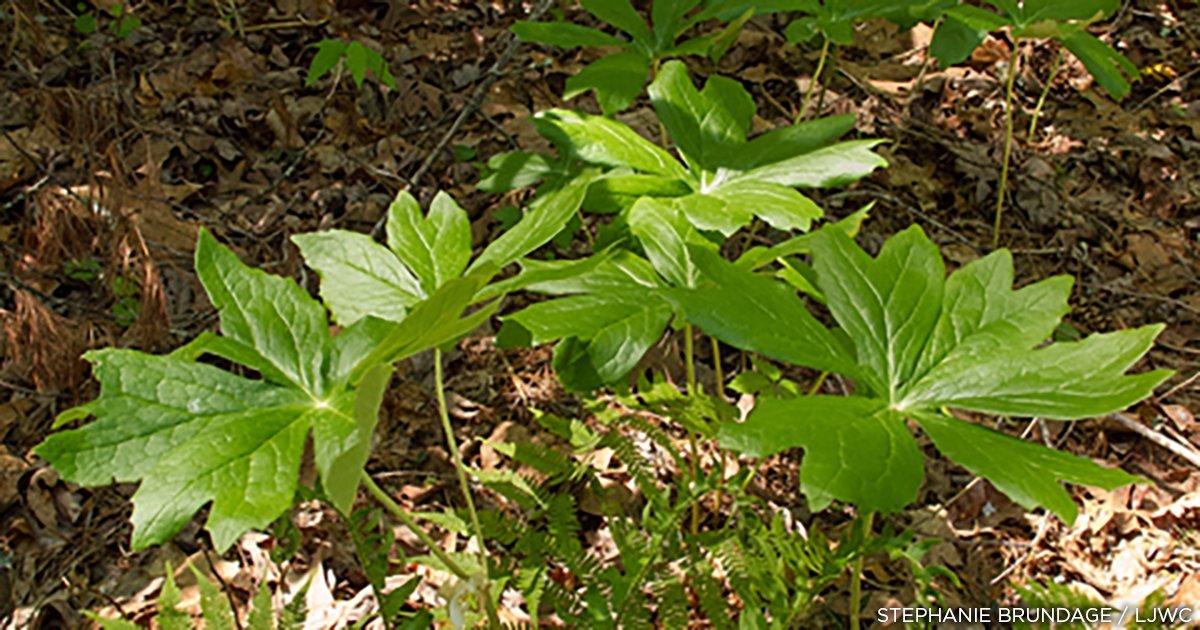 With its umbrella-shaped top, Mayapple was called u′niskwetu′ʻgĭ — “it wears a hat” — by the Cherokee. Though parts of the plant are poisonous, Mayapple rhizomes were used to treat a cough or stomachache in humans, and in a tea concoction to deter pests from recently planted corn. 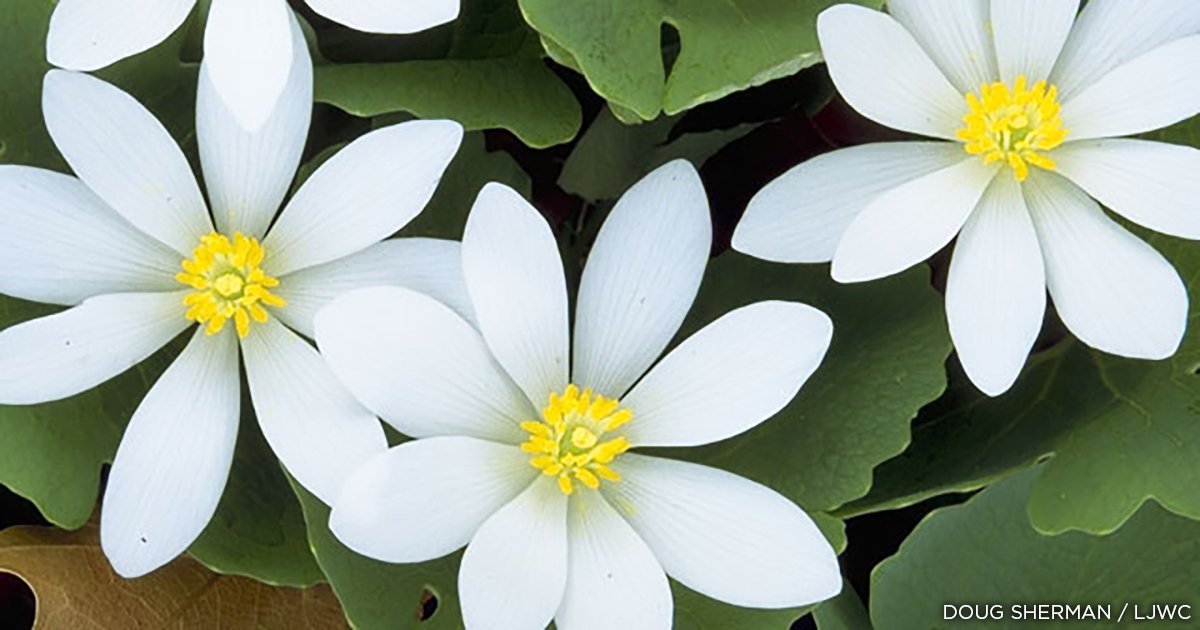 Bloodroot is a special spring ephemeral, blooming for only a few days in late winter or early spring. Sap from the root creates a rich, red dye traditionally used for baskets, clothing, and body paint, hence the common name Bloodroot. The Cherokee would soak the plant’s roots in cold water to be used as a cough medicine, while the powdered dried root could be used as a snuff for mucus congestion. 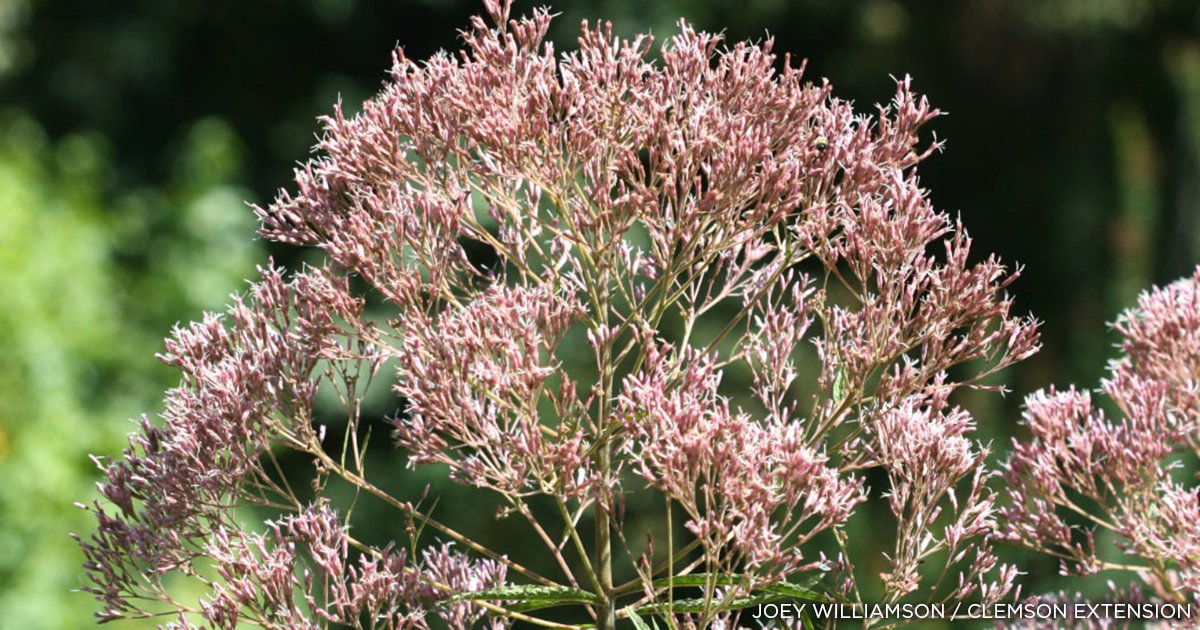 On an autumn drive in the Upstate, you’re likely to spot Joe-pye weed growing on the roadside. This tall plant, often growing to 4-6 feet, blossoms in purple bursts in late August and early September. Today they might be an excellent addition to a native plant garden with moist conditions and good sunlight. Traditionally, amditátĭ útana was used as a kidney medicine and to treat fevers. 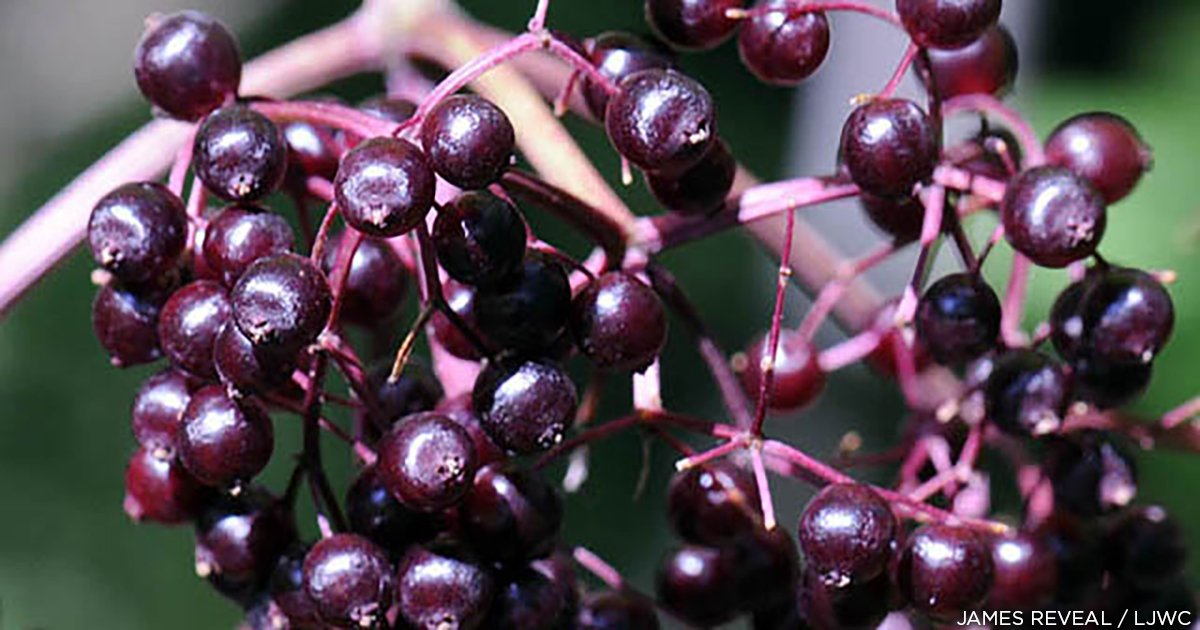 The Cherokee used many parts of the gaksûka útana plant to treat various ailments and the berries were often used in jellies or baked into breads. Elderberry continues to be used today, commonly in syrup, to boost the immune system and treat the common cold.

A quick note on Giving Tuesday