Phil Gaines: 'I have failed at retirement miserably' 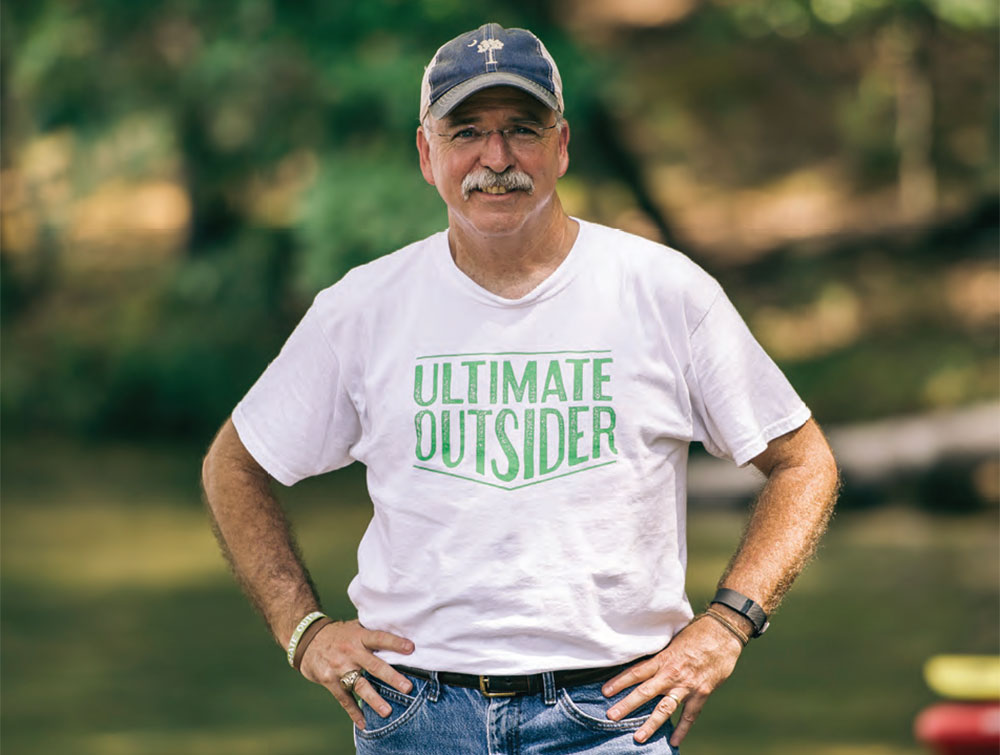 Phil Gaines started his 38-year career at the SC Department of Parks, Recreation, and Tourism in 1982 as an entry-level ranger at Kings Mountain State Park and worked his way up to Director. When he retired in August of 2018, he left behind a legacy of revitalization and sweeping improvements to park stewardship and service. In February of 2019, Upstate Forever named him Public Servant of the Year Award at the ForeverGreen Awards. We sat down with him to talk about his career highlights, his love for South Carolina, and his plans for the future.

How’s retirement? What are you up to now?

People ask me what I'm doing now that I’m retired, and my first answer is that I have failed retirement miserably. I’m continuing to work for conservation through special projects with the SC Department of Parks, Recreation and Tourism, and through my role at Clemson University as a Professor of Practice in the Parks, Recreation and Tourism Management School. Hopefully I’ll be able to keep active and engaged in the conservation of public access and public lands.

How did you get involved with the Parks Service?

I grew up in Greenville at the base of the Blue Ridge Mountains and was always attracted to the outdoors. I spent a lot of time at Table Rock State Park camping, hiking, and swimming. I caught that itch very young.

The thing about "park people" — they not only like the outdoors, they like people, too. So I was attracted to that profession. I love South Carolina and I love our state parks. I love our lands and what defines us as a people.

Why are state parks so important to the Upstate?

Not only are parks beautiful places that we visit to reconnect and to recharge our batteries, they also play an economic role in the quality of life that we cherish here in the Upstate.

State Parks are truly economic engines for their local communities. They provide green infrastructure that sustains economic development. Sometimes parks are the tourism asset for their region. That’s why it’s critically important to manage beyond the gates of a park — to engage in the community and to showcase the park’s economic benefit.

What was your focus during your time in the Parks Service?

By the time I took a leadership role, one of the pressing issues was deferred maintenance needs, especially infrastructure. We focused really hard on those infrastructure needs, especially some older buildings from the Civilian Conservation Corps era (1933 to 1942). So we worked on places like Table Rock Lodge, Oconee cabins, Poinsett cabins, Myrtle Beach cabins, and so on.

We also worked on a more sustainable model for funding. Funding is always an issue for government, but in particular for parks. We worked on a model of self sufficiency, which has been a very successful model.

You’ve been a strong voice for conservation and land protection. Can you talk about how your mission has overlapped with Upstate Forever’s?

I’ve been very proud of the land protection we’ve been able to do throughout the state, particularly in the Upstate. We’ve had great land protection projects with Upstate Forever, Naturaland Trust, and other conservation groups.

Upstate Forever has really engaged the community in the importance of conservation. It’s not just about “conservation”— it’s about economic prosperity and quality of life. Organizations like Upstate Forever ensure we’re able to protect and defend the things that identify us as the people of South Carolina.

Every time I come back home to Greenville, and I hit that part of I-385 right where the water tower is, and I look out to the mountains and see that Blue Wall, it feels like coming home. There’s just nothing like it. Organizations like Upstate Forever ensure that view and the natural things within it will always be protected for this and future generations.

What successes are you most proud of?

You know, many people have asked me that — what my legacy will be, what I’m most proud of. There’s tangible things like the improvements to facilities like Table Rock and Oconee, building on the legacy of the Civilian Conservation Corps. I’m pretty proud of those improvements. I’m also proud of our land protection efforts.

But the legacy I hope I will leave is this: there’s a new generation of park ranger that is engaged and empowered to take this outdoor conservation ethic into the future. Parks and conservation are not only about this generation, they’re about future generations. It’s about impacting people who aren’t even born yet.

I was very fortunate to “stand on the shoulders of giants before me,” as Isaac Newton would say. So hopefully I’ve done my part to inspire, engage, and empower a new generation of park and conservation leaders. That’s the legacy I’m most proud of.

A quick note on Giving Tuesday