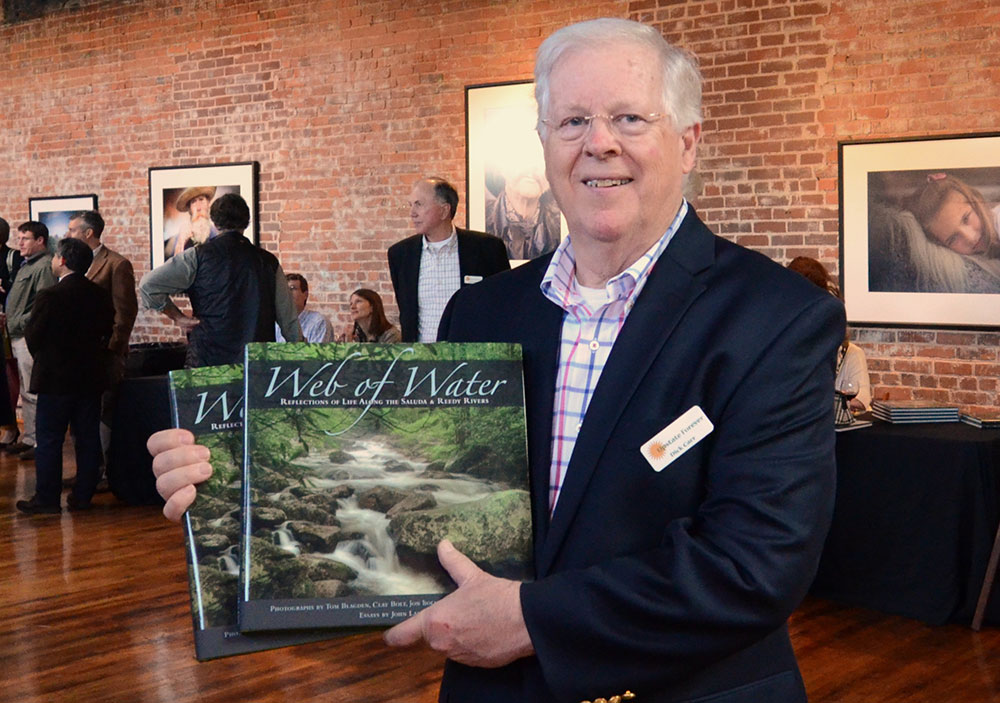 Dick Carr is being honored with the Marjorie E. Schmidt Stewardship Award at the 2019 ForeverGreen Awards Luncheon. The award recognizes Mr. Carr for his tireless dedication to UF for more than a decade.

Dick served on the Upstate Forever Board of Directors from 2008-2017, including a term as Board Chair from 2013-2014. He also served as Chair of the Board Committee on Clean Water, an issue about which he is passionate. He cemented himself as one of the organization’s most faithful and cheerful supporters.

Dick also served on the Executive Committee of the Board for a number of years, providing thoughtful and experienced oversight and wisdom as the organization moved through key changes, including the retirement of its founder from active service and the recruiting of the first non-founding executive director. Dick also facilitated UF's relationship with Nancy Rainey, leading to a successful four-year blueway mapping project to expand river recreation opportunities throughout the Upstate.

An avid and accomplished photographer, Dick spent countless hours photographing natural settings as well as people and events related to Upstate Forever. Many of Dick's photographs have been used in Upstate Forever publications, as well as in two books about gardening by Betty Montgomery.

A native of Gaffney in Cherokee County and a longtime resident of Spartanburg, Dick is the retired owner of Piedmont Sourcing, a business consulting firm. He spent nearly four decades in the textile industry with Spartan Mills and also has experience in market research.

Dick is a graduate of Presbyterian College and former U.S. Army Captain. In his spare time, he enjoys photography, hunting, and outdoor cooking. He and his wife, Bonnie, live in Rock Hill and  have three children and eight grandchildren.

The Marjorie E. Schmidt Award is a new award this year. It recognizes an individual who has supported Upstate Forever, or has supported local conservation efforts, consistently and quietly for ten years or longer without expectation of recognition or reward. The award is named after Marjorie E. Schmidt, a longtime Greenville resident with a heart for nature and a humble, giving spirit.

Tickets are on sale now for the luncheon, which will take place Feb. 19, 2019 at the Embassy Suites in Greenville. You can read about the other award recipients at our blog. For more information about this event, please contact Murray Dorn at murray@smoakpr.com.