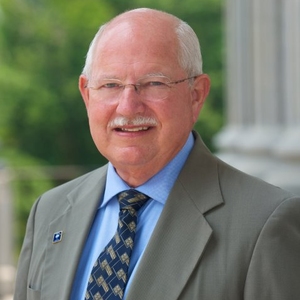 Representative Bill Sandifer is being honored with thePublic Servant of the Year award at Upstate Forever's 2020 ForeverGreen Awards Luncheon. This award recognizes Rep. Sandifer for his game-changing role in passing the Energy Freedom Act.

Representative Bill Sandifer has served SC Statehouse District 2 (Oconee and Pickens Counties) since 1995, and he currently serves as chair of the House Labor, Commerce and Industry Committee (LCI), through which all utility-related bills must pass.

Chairman Sandifer recognized the importance of H. 3659, the Energy Freedom Act (now Act 62) and dedicated his time and the time and attention of his LCI committee staff to the Herculean effort to pull all of the stakeholders together — from the utilities and cooperatives to the solar installers and the conservation community — to hammer out compromise language that moved the bill forward and ultimately garnered it unanimous support in both the House and the Senate. The Energy Freedom Act, quite simply, might not have passed without Chairman Sandifer's critical attention and support. The Energy Freedom Act has since garnered national attention, including recognition in the New York Times, as a game changer for renewable energy in a very conservative state.

In short, Chairman Sandifer had the power to be a roadblock for the bill by keeping it in committee, but instead, he became its champion and changed the future of renewable energy in South Carolina.

Tickets are on sale now for the luncheon, which will take place Monday, February 24, 2020 at the Embassy Suites on Verdae Boulevard in Greenville. You can read about the other award recipients at our blog. For more information about this event, please contact Murray Dorn at murray@smoakpr.com.

The need for increased conservation funding

Why should I care about conservation?

Thank you to our 2020 ForeverGreen Luncheon sponsors