We are Hiring: Energy Advocate

Upstate Forever is seeking an Energy Advocate to join our Energy & State Policy program. Please click below to view the complete job description and application details.

For their work to defend the Clean Water Act, mitigate the effects of toxic coal ash pollution, and hold Kinder Morgan accountable for a massive gasoline spill in Anderson County, we are proud to recognize the Southern Environmental Law Center with the Clean Water Champion Award.

By Frank Holleman
Senior Attorney at SELC, former U.S. Deputy Secretary of Education, and president of Naturaland Trust Board 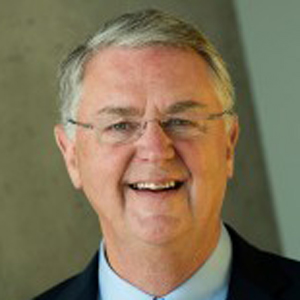 The Southern Environmental Law Center (SELC) is a fierce defender of the Southeast’s waterways and communities. SELC helps Upstate Forever and other conservation organizations carry out their missions by providing legal skills and expertise at no cost to the groups they represent.

SELC has led the fight against attempts to weaken the Clean Water Act, perhaps the nation’s most successful environmental law. Beginning in 2017, the EPA rewrote the Clean Water Rule to exclude from the Act’s protections important lakes, including Lake Keowee; headwater streams, like those that feed our trout waters; and wetlands that protect against flooding. SELC quickly mobilized to garner support from citizens and organizations across the Southeast, and submitted comments on behalf of 80 conservation organizations to the EPA and US Army Corps of Engineers (Corps). When the agencies went forward despite public opposition, SELC filed suit in federal court on behalf of conservation groups to challenge the new rule and to protect water quality throughout the Southeast.

When the Trump administration also reversed 40 years of national Clean Water Act policy by restricting the ability of states and communities to review federally permitted projects on waterways and by cutting back on the ability of states to limit or stop projects that harm local water resources, SELC submitted comments to EPA on behalf of over 40 organizations opposing this rollback. When EPA went forward nevertheless, SELC again filed suit in federal court in South Carolina to stop this attack on the rights of local communities and states to protect their clean water.

SELC has represented Upstate Forever and other regional conservation organizations in legal efforts to protect our region’s waters. In 2015, SELC successfully negotiated a settlement with Duke Energy to excavate unlined coal ash ponds directly on the banks of the Saluda River in Williamston, which had been polluting the river for decades and threatened discharge of toxic coal ash into the river.

SELC held Kinder Morgan accountable for a massive petroleum pipeline spill in Belton. That effort resulted in increased requirements from DHEC for the cleanup and a $1.5 million settlement fund for the watershed, one of the largest Clean Water Act settlements in the state’s history. The case established a federal court precedent that the Clean Water Act protects waterways from pollution that travels through groundwater to reach streams, rivers, and lakes.

SELC has also worked tirelessly to protect important and globally unique wetlands just north of Travelers Rest (read more about bunched arrowhead here). Together with the local community, SELC has on four occasions blocked harmful proposed developments that would have adversely impacted these water resources and helped convince Piedmont Natural Gas to abandon a proposed pipeline that would have harmed the community and the area’s water resources.