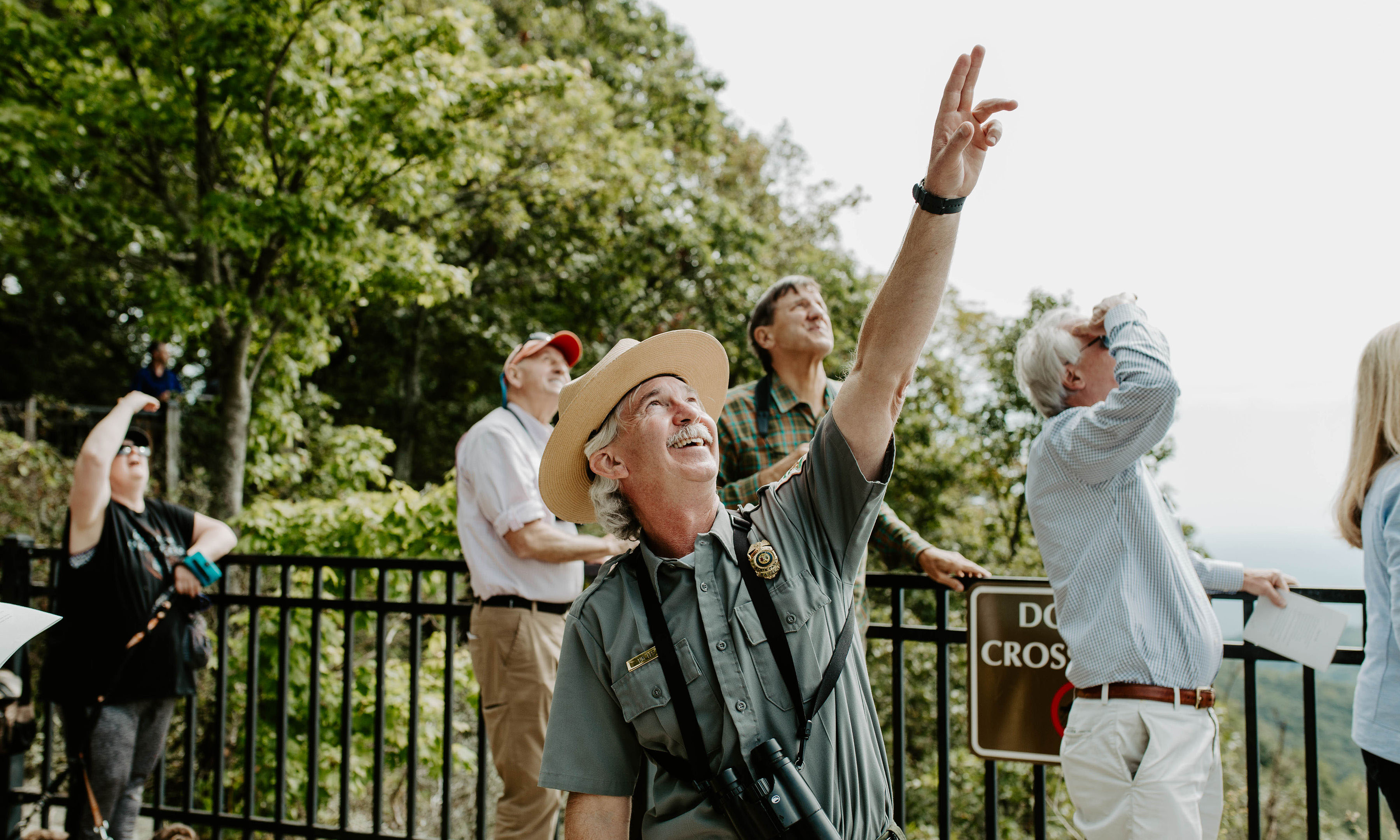 I’ve been working in the Blue Ridge Mountains doing research and education for about 30 years. Through that time, I’ve come to appreciate how incredible the southern Blue Ridge mountains really are.

We’re in a unique area along the Blue Ridge Escarpment. Its abrupt change in elevation and a more southerly facing nature allows us to pick up the warm moisture coming in off the Gulf. That moisture hits the mountain, rises, and then cools and condenses, and as a result we have a temperate rain forest right here in the Southeast. That rainfall, combined with the area’s topographical features — the ridges, the valleys, and slopes — creates habitat for an amazing diversity of plants and animals, many of which don’t occur anywhere else in the world.

For example, in just the 14,000-acre Mountain Bridge Wilderness tract, we’ve identified over 80 species that are listed at the state or federal level as threatened, endangered, etc. It’s a remarkable place.

It was very early on that I had the opportunity to come and explore the Blue Ridge mountains. My dad was an avid trout fisherman and would go up to the mountains every opportunity he had to fish, and I got to tag along with him. I remember turning over rocks in streams finding salamanders. I found that I felt most comfortable when surrounded by natural things — in the woods, the mountains, the forests.

I’ve always been a person of many questions. I’d see a hole in a tree and I’d think “What made that hole? Who did that?” So, I’d observe the hole for a while and might be lucky enough to see something stick its head out: a bird, a fledgling, or maybe a squirrel. That would answer one question, but then I’d have another. 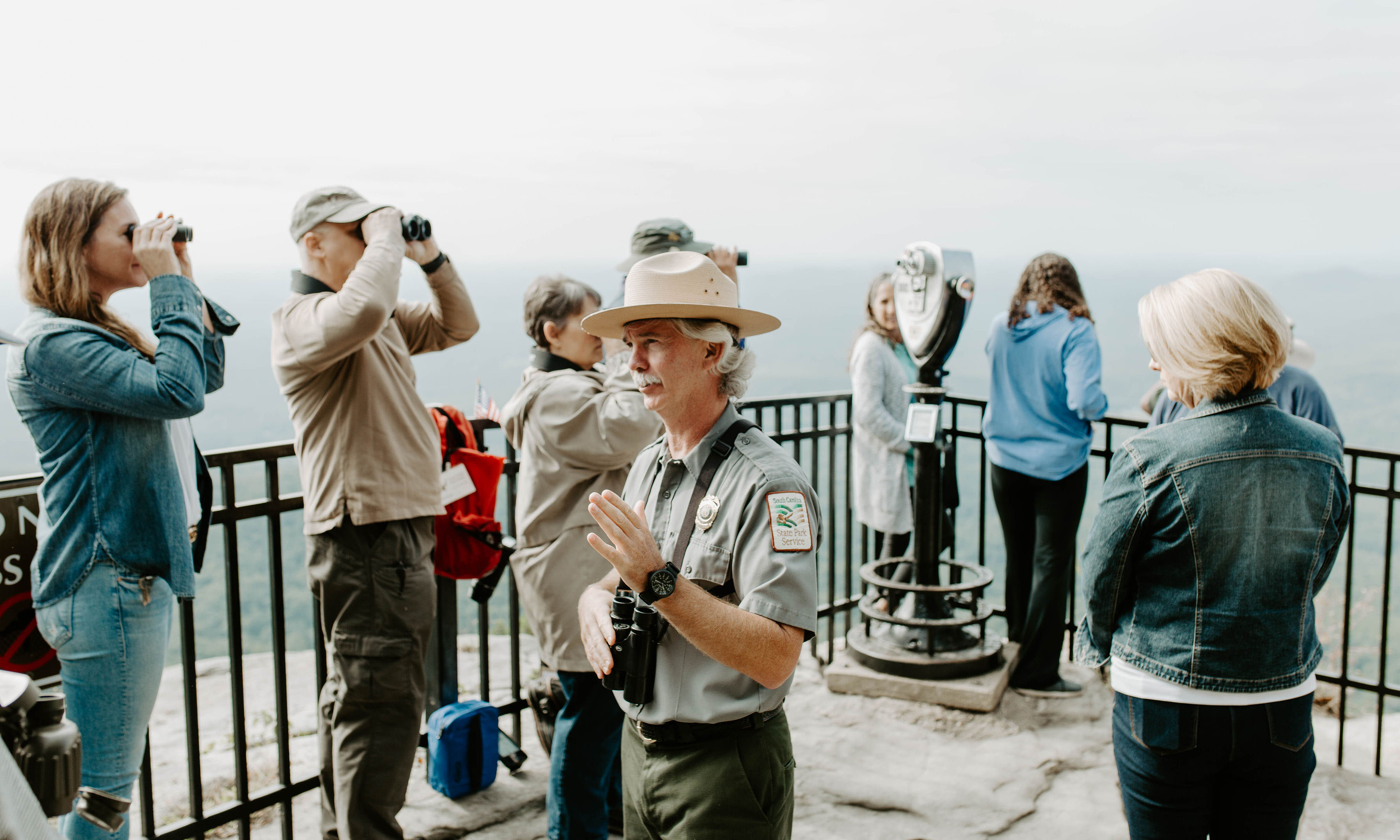 That temperament led me into a field about answering questions: science. For a number of years, I did research in the field: going outdoors, making observations about the natural world. The thing that I noticed the most was no matter where I was, there were these patterns. There were natural cycles taking place and connections between organisms. It helped me understand how deeply all these natural things were connected.

That love led me to become an educator. I became a classroom teacher for a while in the public schools, but I found that I missed doing the research. I finally came across a career that I had heard about — a “naturalist.”

They say that “asking a naturalist a question is like taking a sip of water out of a fire hose — it just keeps coming.” I love talking and sharing information with others, so it was a perfect career fit for me. It allowed me to ask questions, make observations, come to conclusions, and then share that with people. That’s what I see as one of my main roles – sharing information with others to help them make the connection with the natural world around them.

I have the opportunity to work with a lot of schoolchildren. When kids look at something, they see what’s there. They’re not looking for anything in particular, and they have such a joy to discover.

For example, one day I was in the Mountain Bridge Wilderness area on a day that was a bit foggy, so the distance views weren’t quite as visible as they normally are. People who had come to look were like, “Gosh, you can hardly see anything!” Then I heard, in the background, this little boy say, “I can see the WHOLE WORLD FROM HERE!” He said it again; he was so excited. What a great perspective.

Children look at the world differently than adults. They see and make observations at a whole different level. But that’s helped me understand that there’s a child in all of us, and that sense of wonder is in everybody, regardless of your age. That’s where I like to get people’s attention and help them gain an understanding — through that sense of wonder.