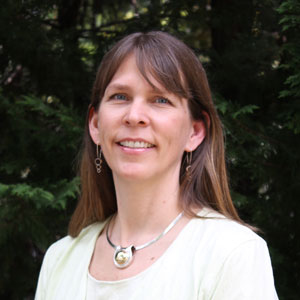 What is on tap for the last 5 weeks of session?

The Energy Freedom Act aka the Solar Bill H. 3659 had its first full Senate Judiciary Committee hearing this past week and will get another on Tuesday, April 9 at 11am. This meeting will be livestreamed and you can watch it here. Here is the full Senate Judiciary Committee. Upstate members include Senators Mike Gambrell (Anderson), Richard Cash (Anderson), Ross Turner (Greenville), Rex Rice (Pickens), and Scott Talley (Spartanburg). We anticipate that the bill will be voted out of committee and sent to the floor — its last stop in the Legislature before it could hit Governor McMaster's desk.

Just a heads up, however: the Senate will be taking up the budget next week (April 15-19), so we don't anticipate full passage of the bill before the week of April 22. We will definitely keep you posted! If you would like to attend a lobby day in Columbia that week, the Sierra Club is hosting one on April 23. Sign up and see more information here.

An omnibus energy regulatory oversight reform bill, H. 4260 (the South Carolina Ratepayer Protection Act) passed out of the House and is awaiting a hearing in the Senate Judiciary Committee. This bill strengthens energy regulatory oversight for investor-owned utilities by ensuring there are no conflicts of interest among the various regulatory and oversight bodies (such as the Legislature's own Public Utilities Regulatory Committee, the Office of Regulatory Staff, and the Public Service Commission), protects whistleblowers, and ensures regulators meet qualification standards. Upstate Representatives Gary Clary (Pickens) and Bill Sandifer (Oconee) have both signed on to this bill. In addition, H. 4261, which increases the oversight for Santee Cooper, also passed the House and awaits a Senate Judiciary hearing. You can read a summary of both bills here. Our electric cooperatives buy power from Santee Cooper, so anything affecting the state owned utility affects us in the Upstate.

Hiott's Good Coal Ash Bill may be first across the finish line!

Upstate Representative Davey Hiott's H. 3483 that strengthens protections against coal ash contamination passed the House on the floor unanimously, and got second reading on the Senate floor this week. If it gets third reading this week, it will be the first of our tracked bills to make it through both chambers.

"Crossover" (April 10) is the deadline set by the Legislature by which a bill must have completely passed out of one chamber in order to be taken up by the other chamber before sine die (the Latin term for the last day of session, which is May 9 this year). So any bill that hasn't passed out of one chamber by the end of this coming Wednesday is dead for the year, but it can be considered again next year without refiling. The South Carolina legislature operates in two-year cycles. Most of our "good" bills have made crossover (the Energy Freedom Act, the South Carolina Ratepayer Protection Act, the Solar on Superfund Tax Credit bill, the good coal ash bill), and most of the bills that concern us have not (the Plastics "Ban Ban" bill and the Plastics Pyrolysis bill, though it still could). If a bill does not make crossover, good or bad, we will continue working on it in 2020, the second year of our two-year session.

The Plastics "Ban-Ban" bill S. 394 was narrowly (4-3) voted out of the Senate Labor, Commerce and Industry subcommittee this week and will get a full LCI Committee vote on April 11. We believe that local communities should have reasonable flexibility in how they respond to plastics pollution and that this bill sets a dangerous precedent for other issues such as local fees and design standards. Read more about the issue here. The bill will not make crossover (see above) but we will have to continue fighting the issue through next year if cannot get it resoundingly voted down. The full Senate LCI Committee is here, and we have several Upstate Senators serving on it (Thomas Alexander is chair, and it also includes Glenn Reese, Tom Corbin, Karl Allen and Mike Gambrell). If any of these gentlemen are your senator, please ask them to oppose this bill here. Unsure who your senator is? Find out here.

H. 3656, the Complete Streets Bill, explained here several weeks ago, got a hearing last week but will not make the crossover date of April 10, so we will continue to work on this bill through next year.

We have been monitoring H. 4152, a bill that tries to address the problem of "hard to recycle" plastics by using pyrolysis to convert them back into a liquid petroleum product. We have researched the process and acknowledge that this might be an acceptable alternative to the current landfilling of these items with proper safeguards, but the concept is relatively untested and the bill is far too broad right now and opens the door to abuse. We are continuing to work to get the bill amended, but if this is not successful, we will work to kill it. South Carolina does not need to be the guinea pig on this issue.

Upstate Senator Danny Verdin's S. 362, passed the Senate and has been assigned to the House Ways and Means Committee and we are hearing the committee may take it up soon. This bill creates a tax credit for large solar projects that are built on Superfund and Voluntary Cleanup sites. This bill gets these stabilized contaminated sites that cannot otherwise be developed back on the county tax roles producing both revenue and clean energy. This concept is a perfect win-win.

We are hearing that dueling offshore drilling resolutions (one for, one against) will go head to head in a House Agriculture subcommittee meeting this Wednesday, April 10, one hour after adjournment in 410 Blatt Building. However, that is also crossover day, so exactly when the House will adjourn is unknown. But you can still tell your legislators how you feel about the issue here.