It was a busy week!

Good things are finally moving in the Statehouse, and our Upstate legislators are in the thick of it. Upstate Forever is part of a large stakeholder group that has been working to hammer out the state's next generation of renewable energy policies, now that the components of 2014's Act 236 are winding down in the shadow of the failed V.C. Summer nuclear project. Duke Energy's net metering program, immensely popular here in the Upstate, will cease on March 15, so we are working to get replacement legislation in place as quickly as possible to avoid job losses. Read more about solar employment in our area here.

We are on Day 41 of the 100 Day Clean Energy Agenda (cleanenergysc.com), and we were pleased to see several more Upstate legislators sign on to the flagship House and Senate bills (see below) and even more thrilled to see hard work by the House's Labor, Commerce and Industry (LCI) sub-committee to craft compromise language for possible consideration this coming week. LCI is chaired by Upstate Representative Bill Sandifer and Upstate Representative Mike Forrester serves as 1st vice-chair. This bill is literally two years in the making and a massive collaborative effort that is simply not possible in most other states. Here is coverage about the effort. We will keep you posted.

We were also thrilled to see that one of our tracked bills — Upstate Representative Davey Hiott's H. 3483 that strengthens protections against coal ash contamination — passed out of committee and passed the House on the floor unanimously. It now crosses over to the Senate Judiciary Committee. 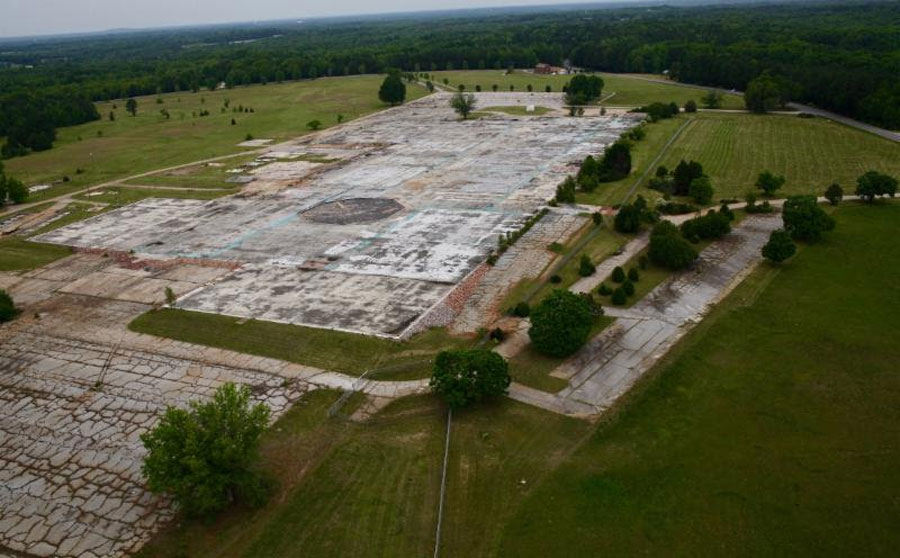 Another bill that we are excited about, Upstate Senator Danny Verdin's S. 362, will get a sub-committee hearing this coming Tuesday. This bill creates a tax credit for large solar projects that are built on Superfund and Voluntary Cleanup sites such as the former Timken/Torrington Bearing site shown above, located in Laurens County. (Photo courtesy of SouthWings). This bill gets these stabilized contaminated sites that cannot otherwise be developed back on the county tax roles producing both revenue and clean energy. This concept is a perfect win-win. We thank Senator Glenn Reese for adding his name to this bill this week.

And switching gears from energy to land protection, we are looking forward to attending the Senate Agriculture and Natural Resources Committee meeting on Thursday to support the consideration of former Upstate Representative Mike Pitts for the position of Executive Director of the South Carolina Conservation Bank. We think Mr. Pitts will be a great addition.

Bills that we are watching

We have highlighted the two flagship House and Senate energy bills, S. 332 and H. 3659 in previous Legislative Updates. During the past week, Upstate Senators Glenn Reese (Spartanburg) and Karl Allen (Greenville) added their names to the Senate bill and Representative Max Hyde (Spartanburg) added his name to the House bill. We will continue pressing our Upstate legislators for support, and you can too right here.

So far, S. 394, the Plastic Bag Ban Ban Bill, which takes away the right from local communities to determine local solutions to plastics pollution, has not progressed. Read more about that here. We will oppose this bill if it begins to move, and there is an action center where you can take action here.

H. 3483, filed by Upstate Rep. Davey Hiott (Chairman of the House Agriculture and Natural Resources Committee) and supported by Representative Gary Clary, which strengthens protections against coal ash contamination, has passed the House unanimously and heads to the Senate Judiciary Committee.

And we continue to applaud the bills filed by Rep. Gilda Cobb-Hunter (H. 3336) and Upstate Senator Danny Verdin (S. 362) that would provide for tax credits for solar development on Superfund sites. Senator Verdin's bill extends the credits to Voluntary Cleanup Sites as well. This is an excellent way to make these sites economically productive again and we wholeheartedly support these bills. We look forward the the sub-committee hearing for S. 362 this coming Tuesday and we thank Senator Glenn Reese for adding his name to the bill.

Odds and Ends and Actions

We are on Day 41 of the 100 Day Clean Energy Agenda (cleanenergysc.com), an effort to get meaningful energy legislation passed that will protect solar industry jobs in South Carolina while injecting competition into energy markets. Upstate jobs are in immediate jeopardy. Take action by clicking on the website and telling your legislators that they need to move quickly.