Week 8 in the Statehouse

Week 8 is complete and so is House committee work on the budget. The budget will now be assembled and printed and then the full House will have a week to digest it before floor debate begins. Virtual Lobby Week begins on March 15! Read more about that and register here.

Colonial. Plantation. Dixie. What is it with liquid petroleum pipeline names in South Carolina? Their antiquated names are actually a pretty telltale sign that they belong in our past and not in our future. As with the natural gas pipeline infrastructure I wrote about in Week 2, the Upstate bears much of the burden of our liquid pipeline infrastructure. That burden includes massive spills and loss of property rights due to eminent domain.

Pipeline operators have reported that a stunning 3,184,846 gallons of petroleum have leaked from pipelines and tank farms in South Carolina since 1969, poisoning water and land alike. To put that volume in context, you could drive a car that gets 25 mpg around the circumference of the earth 3,197 times with that amount of gasoline or diesel. The majority of the spills and ALL of the really big ones have happened in the Upstate along the main Colonial and Plantation pipelines. See our map below. Anderson County is by far the leader in the number of spills and Greenville County is the leader in gallons. But the Upstate isn't the only area impacted. Spills have been reported in one quarter of the state's 46 counties, thanks to Colonial's laterals to Augusta and to the Dixie Pipeline that carries liquid propane across the middle of the state.

Unlike interstate natural gas pipelines (which are regulated by the federal government), the for-profit liquid petroleum pipelines that run across multiple states derive their eminent domain authority from the state. Eminent domain is the right to "take" the usage of private property in exchange for compensation, regardless of the property owners' willingness to give up those rights. In 2016, the General Assembly put the granting of eminent domain on hold in response to Kinder Morgan's announcement of their intention to build a pipeline from South Carolina to Florida right on the heels of the huge spill in Belton in 2014 on Kinder Morgan's Plantation Pipeline. But that pause expired last year and could not be addressed because of COVID.

This year, bills have been filed in both the House and the Senate (H. 3524 and S. 239) that extend the eminent domain moratorium until 2022, giving stakeholders time to design a more permanent solution. Given the heavy burden these pipelines place on our region in particular, Upstate Forever will stay closely involved with this issue. 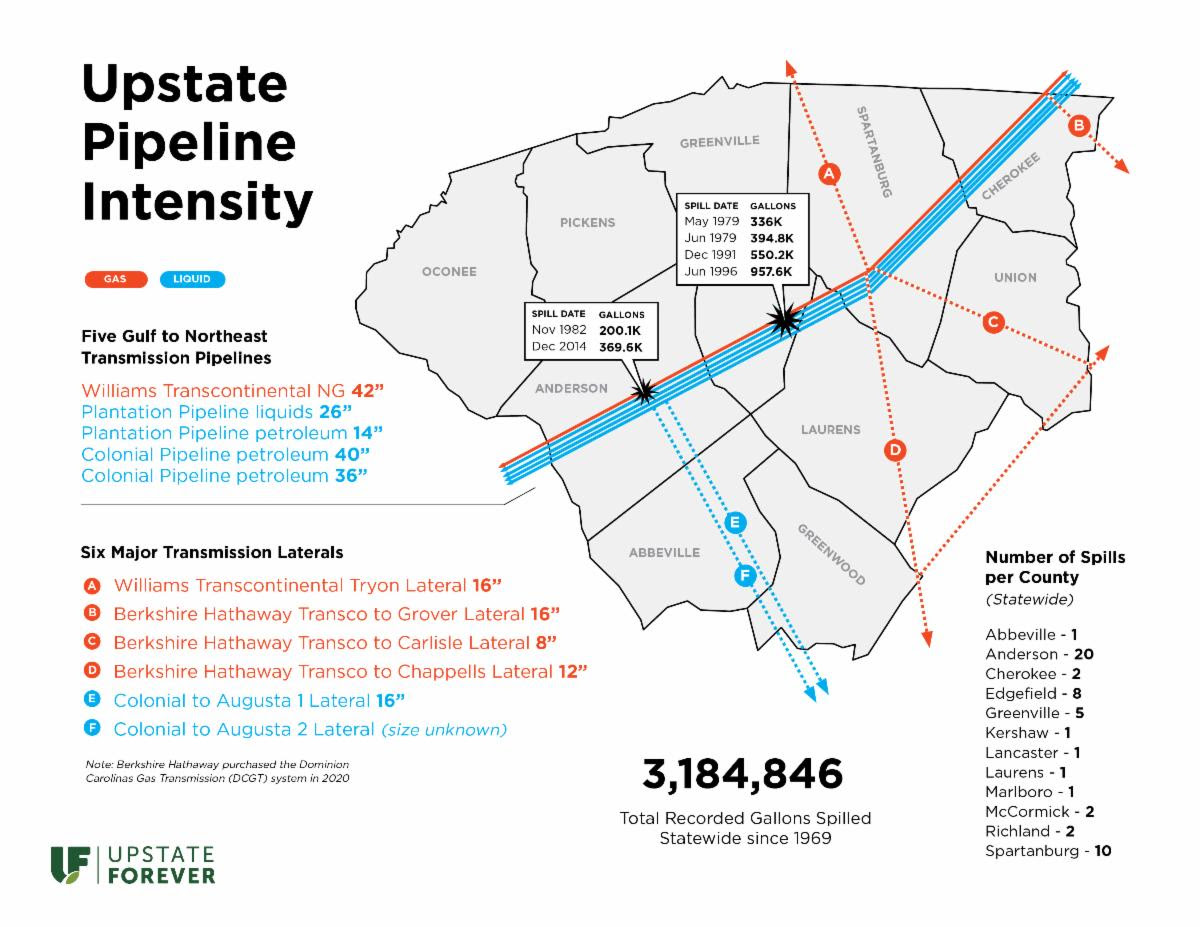 A new bill was filed this week to deal with the upcoming sunset of legislation from 2010 that bans electronic waste from landfills and creates a recovery and recycling program. H. 4035 extends the program by another two years to give stakeholders time to work on a successor program. The bill is sponsored by Upstate Representative Davey Hiott, Chair of the House Agriculture, Natural Resources, and Environmental Affairs Committee. A subcommittee hearing will be held on Tuesday after the House adjourns and it can be streamed here.

The Senate Judiciary Committee will hold another hearing on Santee Cooper on Wednesday after the Senate adjourns. A livestream link has not yet been posted but you can check back on the Statehouse website if you want to tune in.

None of the other bills we are tracking made any substantial progress this week.