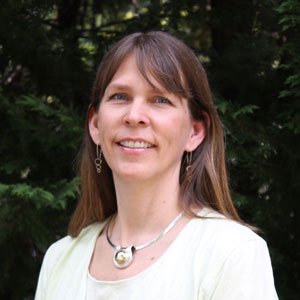 In one remarkable week (December 9-13, 2019), almost every aspect of the current energy transition debate was illustrated through both the media and through presentations to the South Carolina Public Service Commission. Let's take a look at what happened...

What happened: The Greenville News publishes an article about the latest developments in Upstate Forever, Savannah Riverkeeper's and the Southern Environmental Law Center's Clean Water Act suit against Kinder Morgan for their massive spill in Belton in 2014.

The message: Our fossil fuel legacy has polluted our backyards to support shareholder profits; they have not been adequately supervised; and they have not been adequately penalized when their carelessness causes damage. In short, today's low fossil fuel prices do not accurately reflect their risks and negative impacts. Fossil fuels are subsidized by lax enforcement in addition to things like production tax credits and eminent domain.

What happened: The South Carolina Public Service Commission hears two briefings by Duke Energy — one about the status of the Atlantic Coast Pipeline and another about the potential for electric vehicles in South Carolina.

The message: The two PSC briefings contradict each other. The briefing in support of the Atlantic Coast Pipeline endorses the regulatory past: Build expensive infrastructure and ask regulators to award you a generous rate of return on it (which you pass along to your shareholders at your captive customers' expense), even if the infrastructure really isn't needed. The briefing in support of an Electric Vehicle infrastructure program asks the PSC to look forward to the day when EV batteries become part of a network of distributed batteries that balance grid load and prevent or delay the need to build expensive infrastructure. The two briefings were requested by one utility, Duke Energy.

The message: In support of the SC State Water Plan, I asked the Anderson County Delegation to note that Duke Energy's 750 megawatt Lee Steam Station (a gas plant that has thankfully replaced a coal plant) requires over 13 billion gallons of water from the Saluda River per year. This flow must be protected. But there is a 1,500 MW "merchant" gas plant proposed for the same area, and presumably it would require another 26 billion gallons per year from the Saluda River. Long story short: gas plants (unlike solar farms) require a LOT of water. But right now, they do not have to pay anything for that water. It is a free input, in much the way the sun is a free input for solar. Except water is finite. If you withdraw water in one place, it is no longer available for use (by water utilities, by industry, by agriculture, by fish and citizens) downstream. Therefore, water has value in energy production that is not being accounted for. The sun's rays, on the other hand, are infinite.

What happened: The Public Service Commission staff takes part in a workshop called The Utility of the Future, presented by the Regulatory Assistance Project (RAP).

The message: Several commissioners and comission staff sat for over four hours on a Friday while consultants from the highly-regarded non-profit organization from Vermont called the Regulatory Assistance Project briefed the PSC on current and future issues in energy regulation, including emerging technologies and the latest best practices.

And then on the following Monday, December 16, the New York Times ran an article describing how methane leaks from the fossil fuel industry can now be tracked and documented by satellite. Natural gas, heralded by utilities as a lower-carbon bridge to a zero-carbon future, actually has much greater negative climate change impacts than we are being led to believe. And now we have proof.

So, what does this all mean? These events taken together illustrate how we are truly at a crossroads in energy policy. We are continuing to allow the past to influence our thought processes but we are also beginning to peek into the future as well. But I contend that we are not moving forward fast enough, and our hesitance will cost us dearly, both financially and environmentally.

Where do we go from here? Multiple parties have a role: The Legislature, the Public Service Commission, the investor-owned utilities (Duke and Dominion), South Carolina's business community, and South Carolina's citizens: represented by many non-profits such as Upstate Forever, the Southern Environmental Law Center, the Coastal Conservation League, the Southern Alliance for Clean Energy, AARP, the NAACP: and so many others who are now keenly aware that they have a voice in energy policy. This is a necessary part of the problem: We are herding cats. A lot of cats.

But the Legislature and the Public Service Commission have a special leadership role. They have been entrusted by the public to map this state's forward direction. The Legislature upheld its obligation admirably by passing the Energy Freedom Act unanimously, directing the PSC to encourage renewable energy and competition. But the PSC continues to be stuck between the past and the future, and this is best illustrated by their continued faith in fracked gas as a "bridge" to a zero-carbon future.

I was struck by the timing of the pro-solar business ad on Monday and the Kinder Morgan spill story on Tuesday — a clean, low cost future and our dirty past. I thought, "Thank goodness those days seem to be behind us." But then on Wednesday, during the Atlantic Coast Pipeline briefing, Commissioner Tom Ervin expressed support for this project, stating "I'm not sure where we'll go if we don't have access to natural gas; there just aren't many options," and "It's going to help us keep ratepayer rates low." And of those challenging the pipeline, "They take... a philosophical view that we don't need it." (p. 26 of the transcript)

A philosophical view? My analysis of the lack of need for the ACP and additional fossil fuel infrastructure is built on facts. Consider the following:

So now we start to look to the future with the rest of the week's stories. Both the electric vehicle briefing and the RAP workshop addressed the potential to use vehicle batteries as part of an integrated and balanced grid. Storage is vital as solar becomes more prevalent. For solar to live up to its potential, it must be dispatchable and its variability must be managed. Batteries — from grid-connected EV batteries to solar-farm scale batteries — can do this, and their cost is falling dramatically.

But the RAP consultants hinted at some other kinds of batteries that will be helpful, such as ice storage for residential and warehouse air conditioning (the Ice Bear system), using heat pump water heaters as heat storage (currently being done in Minnesota multi-family housing), and taking advantage of the pump-storage that water utilities have. They even noted that EV's use 2/3 the power an electric water heater uses, so an EV owner could offset much of their new EV charging consumption by upgrading to a heat pump water heater. At some point in the future, that water heater could be utilized for energy storage as well. Clearly, there are multiple technologies that that can be improved and harnessed rather than blindly throwing resources at old, dirty fuels. What if we invest $8 billion in those?

So where does the PSC stand on implementation, or even just encouraging next-generation technologies? If their recent ruling on the rates and terms paid to solar developers is any indication, they have a ways to go. Part of the problem is how we set the "value" of solar energy and other renewables. South Carolina has a precise formula, but that formula is tied to the price of natural gas, essentially implying that solar power is only valuable when fracked gas is expensive. The formula has a placeholder for a future price on carbon, but that ignores the damage that fossil fuels are doing today. The New York Times article about satellite tracking of methane emissions makes this point clear. Fracked gas is increasing the pace of climate change. This is a fact, but it is not accounted for when we value solar.

Another environmental impact not accounted for is water. Gas plants (and nuclear plants) consume a great deal of water to make steam and to cool equipment. As we know from the various coal ash pond problems, most power plants are sited along rivers for just this reason — access to free cooling water. Some of the water is returned in the form of discharge, but certainly not all, and this has downstream impacts that are currently not accounted for in South Carolina. Is this fair?

So solar is zero-carbon, consumes no water, does not pollute, is sited closer to the end user and as such minimizes line loss, and introduces competition into the monopoly utility model. It doesn't even consume as much land, compared to a gas plant, as people think it does. I tackled that comparison here.

And yet our PSC can't seem to embrace it — along with innovations in energy efficiency and demand management — in the same way they seem to have blind trust that an $8 Billion pipeline (that will add methane to our warming atmosphere while costing ratepayers more and then being obsolete in a few years) is the way to go. There is faith in fracked gas but not faith in the untapped power of efficiency and renewables.

I am hopeful, however, that it is more than mere symbolism that the week ended with the RAP presentation on The Utility of the Future and that Duke is getting excited about the grid-integration possibilities of electric vehicles. This signals that the PSC and the utilities want to move forward. But the current regulatory paradigm simply does not encourage or reward forward-thinking and innovation. Fortunately, the RAP folks also introduced "next generation" regulatory tools as well.

Getting South Carolina on board with a major shift in regulatory policy — one that will embrace renewables and efficiency while discouraging dirty technology that only benefits shareholders — will require all of those cats to once again be herded in the same direction. But the week of December 9, 2019, is a clear indicator that we have begun the work that must be done to move South Carolina in the right direction.