Liberia is a small community in Pickens County, South Carolina — a hamlet, really. It was established just after the Civil War by formerly enslaved Africans and their families looking to start new lives in freedom. Like other “freedom colonies” created during the time of Reconstruction, the stories of Liberia and its people aren’t found in many history books.

Joseph McJunkin and Katie Owens were born into slavery and raised in Marietta and Pumpkintown, respectively. After the war, they joined nearly 600 freed slaves relocating to the new community of Liberia. In time, the community grew, raising homes, farms, and eventually a place of worship. A one-room schoolhouse, thought to be the oldest remaining African American school in SC, was built adjacent to the church. 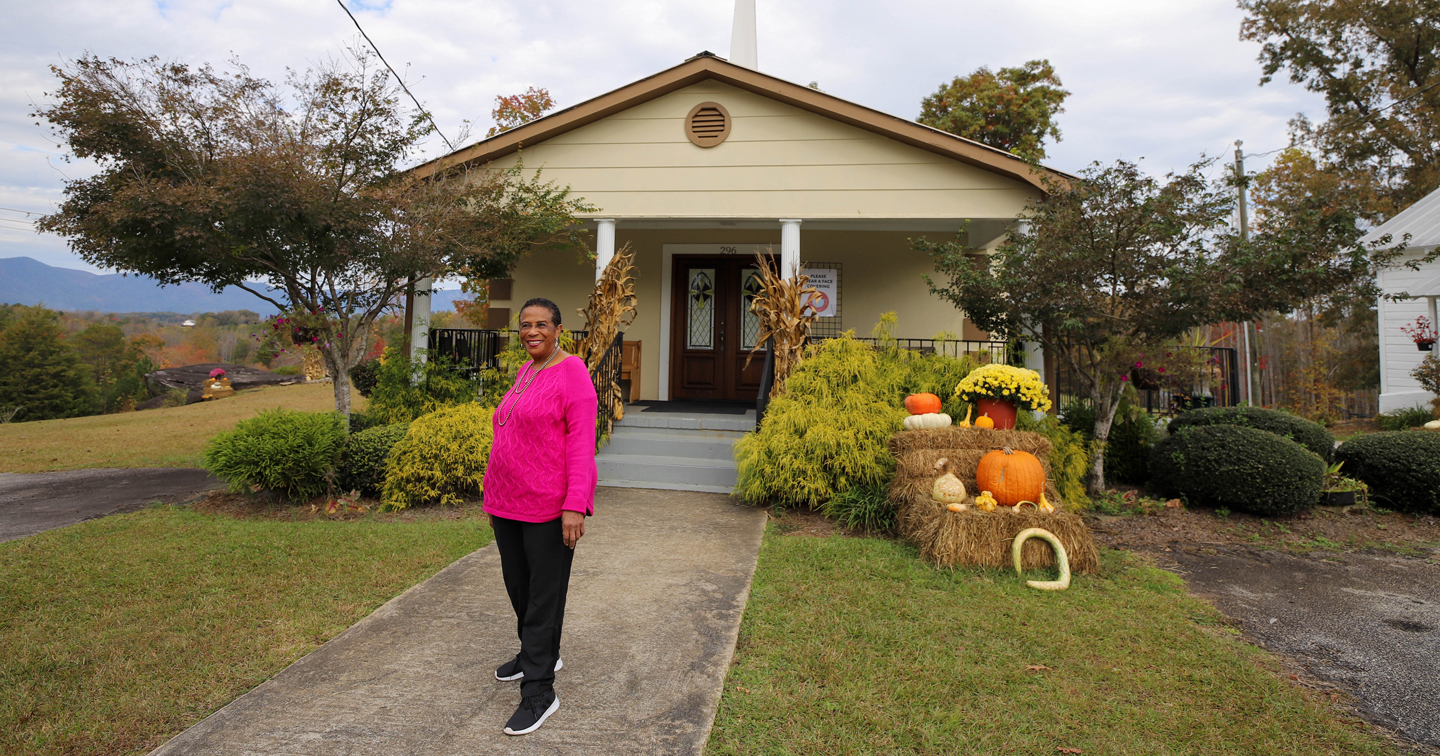 On its namesake soapstone outcropping, perched atop a ridge looking toward fields, patches of forest, and the towering Blue Ridge Escarpment, the church has served the community since the late 1800s. The original church stood for nearly 100 years until it was burned to the ground. On that April evening in 1967, a message was scratched into the dirt parking lot: “The KKK has paid you a visit.”

The community — both Black residents of Liberia and white neighbors — banded together to rebuild the church just a year later. This time, it would be constructed of cinder blocks. The act of arson was not the first hardship the church faced, nor would it be the last.

In the last days of her 104 years, Mable’s mother, Lula Owens, asked her to promise one thing: That she would keep the doors of Soapstone open and preserve the church’s legacy.

A dwindling congregation and debt from a building addition strained the church. Mable, having taken culinary classes while living in Boston as a young adult, started offering a monthly fish fry with all proceeds going toward repaying Soapstone’s debts. These monthly events became legendary, drawing attendees from across the Southeast to taste Mable’s fried flounder, collard greens, mac and cheese, and other delectable bites. (She would end up hosting these events for 22 years before the last fish fry in October 2021.) 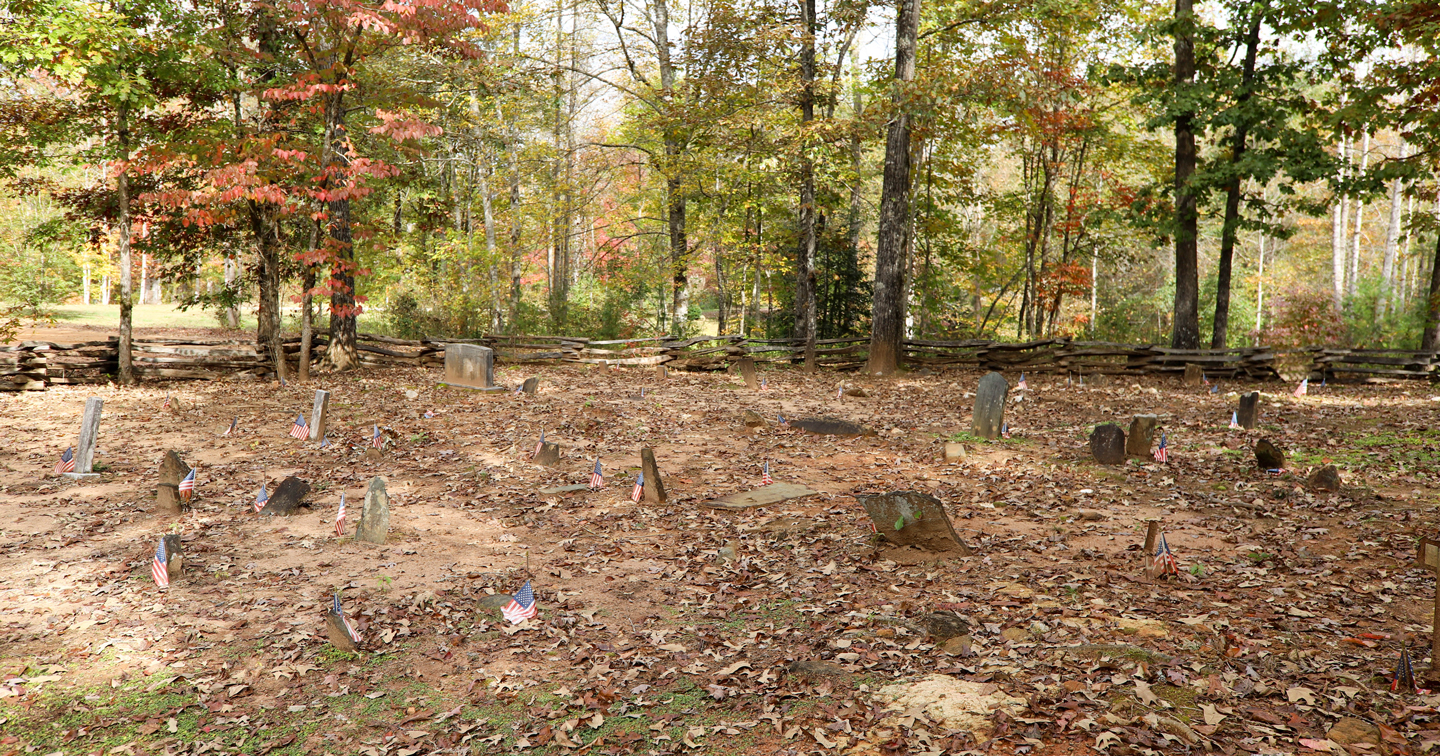 Meanwhile, a surveyor working near the property in 2011 spotted small soapstone markers among a thicket of dense foliage. Mable had long heard stories of the historic cemetery located somewhere on the property, where the earliest settlers of Liberia — including her ancestors — had been laid to rest. The thought of the graveyard and the lifetime experiences of those within it were too painful for her parents to discuss with their children, so Mable and others would not discover its location until many years later.

With the help and hard work of volunteers, the 150-year-old cemetery was unearthed. Just five small headstones were discovered, the graves of Liberia’s ancestors largely unmarked. Ever determined to honor their history and restore the dignity of the cemetery’s residents — many of whom had been born into slavery — Mable led the effort with others to clean and dedicate the graveyard and erect an informational sign and black locust wood fence around its perimeter. 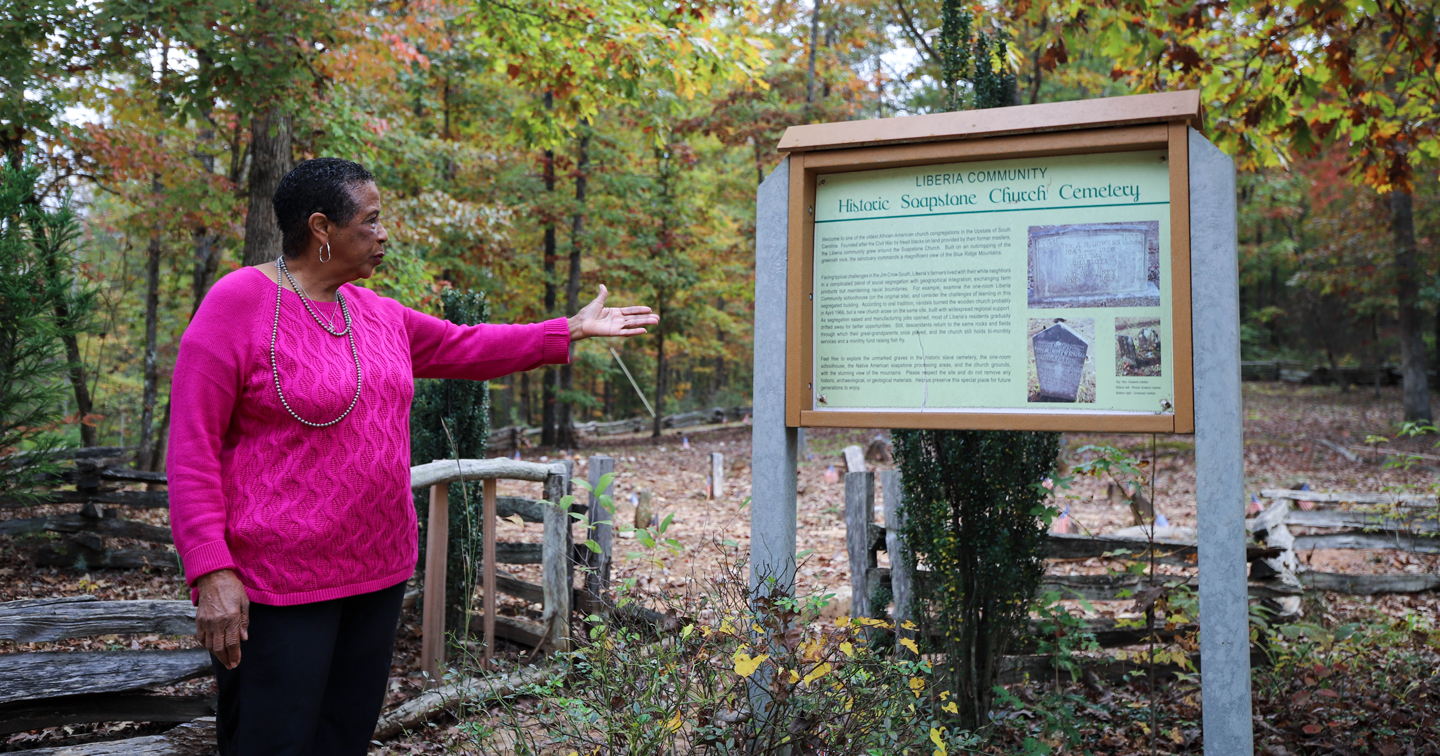 With the bank loan for the addition coming to maturity, tens of thousands of dollars were due by the end of 2020 or the community would lose the church. Developers had been circling, offering to purchase the property, raze it, and build residences on the scenic land.

Mable continued to work toward fulfilling her mother’s dying wish. Some friends had created a GoFundMe. They watched donations trickle in and wondered if it would be enough by the end of the year. What happened next was a testament to Mable’s tenacity, the strength and story of Liberia, and what some might consider divine intervention...

A national magazine, Eating Well, had contacted Mable and sent a reporter to cover the Soapstone Fish Fry. After the story was published in August of 2020, contributions to the GoFundMe began pouring in from across the country, and even from international donors. By October, the mortgage had been paid off.

Now, Mable could look to the future. In 2021, she began working to permanently protect Soapstone Baptist Church and its surrounding acreage through a conservation easement, ensuring this historic property — including the historic buildings, soapstone outcroppings, and cemetery — will never be lost to development.

The future of Soapstone indeed looks bright. The conservation easement has not yet been finalized, but generous support from grantors will make the permanent protection of the property possible in 2022. Soapstone Baptist Church plans to continue holding regular services and maintaining the cemetery, restore the schoolhouse, and become a focal point on an African American heritage trail in the Upstate.