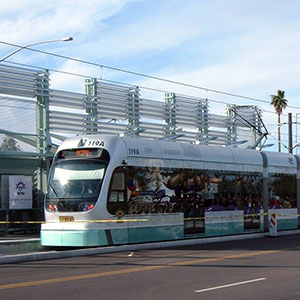 Greenville should begin to plan for improved rail transport

Local passenger rail transport is a permanent improvement that can be used to steer development patterns, and it can help to minimize urban sprawl. Other cities have shown that just the announcement of a map for a proposed rail transit system will begin to steer development.
Our area may not yet have the necessary population density to support local rail transport, but as one of the fastest growing metro areas in the nation, we should begin to plan for it. Planning should include Spartanburg and Anderson, but since the Greenville area is central and has the largest population, it will be used as the point of reference here.
The Greenville area already has a number of assets in place:
We also have a number of problems to solve:
There are over three-dozen local passenger rail systems in the United States. They include historic trolleys, rapid streetcars, light rail, and commuter rail. Here are brief sketches of three new systems of different types that may provide examples of interest to us.

Oregon's Portland Streetcar system (initially 2.8 miles constructed in 1999-2001 for $59M, now 16 miles total) was envisioned in 1990 as a way to promote economic development while managing growth. The overall project is referred to as “Development Oriented Transit” and these four goals were stated:
The system was initially designed to connect two major blighted areas - an abandoned 70-acre rail yard just north of downtown and a 128-acre under-utilized industrial tract south of downtown. It is an early example of a relatively new “Rapid Streetcar” (single-car, street-running, no-frills) system. Between 1997, when the original route was identified, and 2008, $3.5B was invested within two blocks of the new line. The average weekday ridership is now approximately 15,000. The Portland Streetcar is now the downtown centerpiece of an older five-line, sixty-mile, 97-station regional light rail system known as MAX (Metropolitian Area Express), and there are also some commuter rail services.

Arizona's Valley Metro Rail system in Phoenix (initially 20-miles constructed in 2005-2008 for $1.4B, and now 26 miles total with 5 extensions planned) serves Phoenix and Mesa and extends to Tempe, the home of the 55,000-student main campus of Arizona State University that also has branch campuses in downtown Phoenix.
For an ASU faculty member who does not live in Tempe, the $400 cost of an annual light rail pass is less than the $800 cost of an annual faculty parking permit. This system has helped to revitalize downtown Phoenix, and it gets particularly heavy use during sporting and other special events. The average weekday ridership is 52,300. There are no other trolley or commuter rail services in the area.

Charlotte’s Lynx Blue Line light rail system (initially 9.6 miles constructed in 2005-2007 for $463M) is new and growing. The initial line extends from downtown toward the southwest, and its average weekday ridership is now 16,500. A 9.7-mile extension from downtown toward the northeast to UNC Charlotte began construction in 2013 and will open in 2018. A 1.5-mile segment of a proposed east/west trolley line opened in 2015, and additional light rail and trolley lines are being proposed. There are no other trolley or commuter rail services in the area.
There is extensive data and discussion about the planning, purposes, costs, controversies, and outcomes of each of these three projects on Wikipedia and sources identified therein.

The Cost of Highways

Although the initial cost of rail transit can be high, a comparison should be made to the costs of highway transportation options. For example, the cost of reworking the I-85 / I-385 / Woodruff Road intersection is stated to be $231M. A new 30-mile interstate highway bypass around the south side of Raleigh is predicted to cost $267M per mile.
It should be noted that it was 1984 when the Charlotte-Mecklenburg Planning Commission made the initial proposal for a light rail system to connect UNCC with downtown Charlotte. Thirty-four years will have elapsed when the Lynx Blue Line Extension to UNCC opens in 2018.
Planning a major transportation project is a very long process. Let us begin. 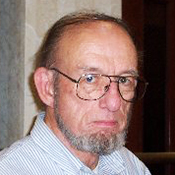 DeWitt Stone is a retired Clemson teacher and administrator who has studied and worked in Tennessee, Louisiana, Zurich, Washington (DC), Greenville, and Clemson. He has been involved in city and campus planning since 1974. He may be reached at dewitts@clemson.edu