The trail that almost wasn't

It’s not an exaggeration to say that the Greenville Health System Swamp Rabbit Trail has been revolutionary for the greater Greenville community since its opening in 2009.

In its fourth year, the trail pumped $6.7 million of tourism revenue into the county, according to a Furman University study. That study was only for the first 9.7 miles of trail; the network is now more than 22 miles long. The cumulative economic benefit to the community is easily in the tens of millions.

Not too shabby for something that cost the county $2.7 million to build.

But few people realize just how close the project came to fizzling out. If not for the heroic efforts and visionary leadership from Upstate Forever’s Founder Brad Wyche and former Board Chair Carlton Owen and many other Greenville County stakeholders, the GHS Swamp Rabbit Trail would never have happened.

For several decades, a railroad popularly known as “the Swamp Rabbit” operated from downtown Greenville to River Falls.

In 1998, Railtex, which had previously acquired the line from Greenville & Northern Railroad, ceased its operations and was preparing to put the entire line on the market. Public acquisition of the line became Upstate Forever’s very first project, and likely could not have happened without the quick actions of Brad Wyche. Brad saw it as a breathtaking, once-in-a-lifetime opportunity for the Greenville community and the Upstate — a chance to acquire the entire line and turn it into a trail connecting downtown to Furman and Travelers Rest.

Brad and the Upstate Forever board worked with the national Rails to Trails Conservancy to place the line in the “Rail Trail Bank” to give Greenville County time to acquire it. “We were lining up private funding to acquire it ourselves if the County failed to do so,” says Brad. But the County [through the Greenville County Economic Development Corporation (GCEDC)] came through and purchased it in 1999.

Acquisition was essential, but it was only the first step. The Surface Transportation Board (STB) in Washington, D.C. had to officially approve the abandonment of rail service on the line in order to convert it to a trail. The GCEDC was initially reluctant to initiate the proceedings for abandonment.

In order to help people clearly see the enormous potential of the project, Carlton Owen stepped up and organized a group of volunteers to work every Saturday throughout the summer of 2005 to clear away the kudzu, briars and bushes from almost the entire length of the line. The effort was key to building strong public support for the establishment of a trail, and soon GCEDC filed a petition for abandonment with the STB.

A hitch in the plan

Under federal law, before a rail line can be abandoned, an opportunity must be given to any interested company or person to acquire the line at fair market value and resume rail service. Sure enough, to the project leaders’ dismay, a private railroad firm in Greenville sought to buy the entire line at a nominal price and resume commercial freight service.

GCEDC and Upstate Forever strongly opposed the request and submitted appraisals showing that the line had substantial value. The STB basically agreed and established the value at over $700,000, which had to be paid by April 2006.

Down to the wire

Brad, Carlton, and others held their breath as time passed, waiting to see if the railroad firm would purchase the line. The suspense escalated the day before the deadline, when the private firm asked the STB for an extension to respond.

The STB quickly denied this extension, but the firm still had 24 hours to purchase the line and overthrow plans for a trail. All Brad, Carlton, and others could do was wait. “We were literally counting down to midnight,” says Brad.

Fortunately (for Brad, the County, and the community), the private rail firm was never heard from again. In April, 2006, the STB signed an order approving the abandonment.

Upstate Forever then agreed to serve as the “interim trail operator” to give GCEDC and the Greenville County Recreation District time to work out a final agreement for removing the rail lines and building the trail.

'A true source of pride'

As it nears the anniversary of its first decade, the GHS Swamp Rabbit Trail has proved to be hugely popular for both recreational users and commuters, with more than half a million users each year.

Plus, the Upstate has seen significant economic development and aesthetic improvements along almost all parts of the trail, including areas previously neglected. Travelers Rest, in particular, has been transformed into a thriving community principally because of the trail. There are now countless references to the trail in the marketing materials for various development projects.

“The trail has been a success on many levels and a true source of pride," says Ty Houck, Greenville County Director of Greenways, Natural and Historic Resources. "Communities throughout the county have noticed the economic development associated with the trail, and now they want to connect to it to become partners with this iconic community asset." 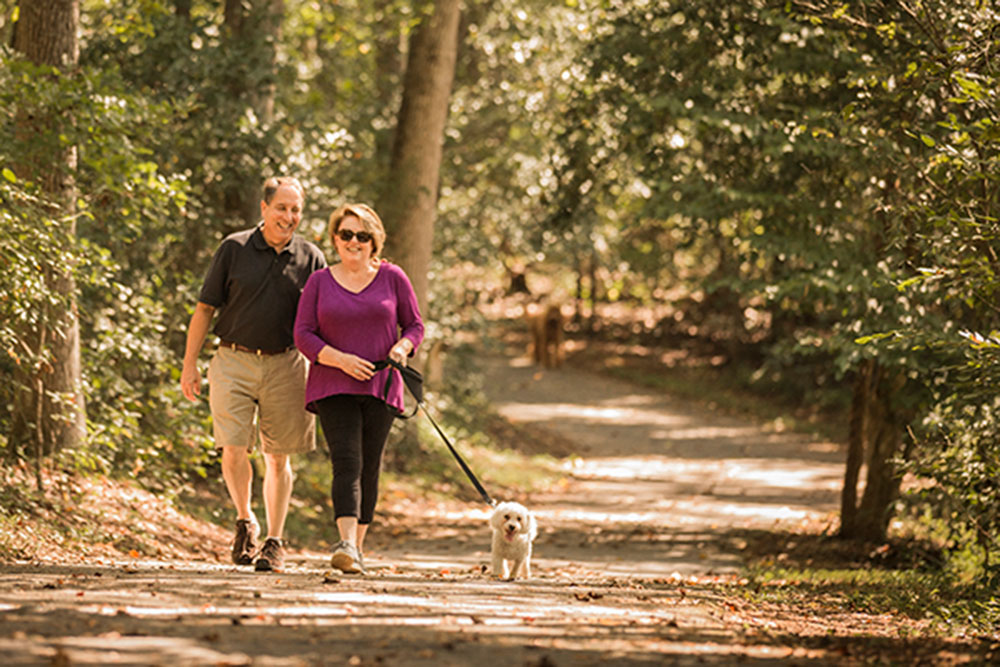