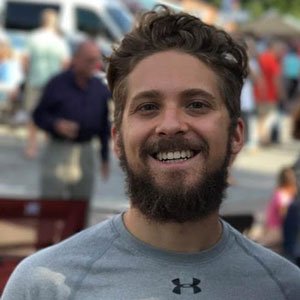 Land-use regulation and zoning are powerful tools that influence nearly every aspect of our daily lives — expanding (or drastically limiting) opportunities for local residents. These tools can impact the range of choices citizens have when it comes to housing, transportation, and more. Not only that, certain types of zoning and regulation can inadvertently cause sprawl by requiring unnecessarily large lot sizes and set-backs, as well as separation of homes from nearly every other destination.

One of Upstate Forever's key policy objectives over the next several years is to remove barriers to diverse housing choices and expand opportunities for walkable, urban neighborhood living at a range of price points. In October 2018, in conjunction with many local partners, we invited Karen Parolek from consulting firm Opticos Design to present on a concept known as "missing middle" housing. Parolek described how missing middle housing is responding to the demand for walkable urban living while simultaneously providing a product type that is more affordable-by-design.

So what does this mean for Greenville, specifically?  We asked Armand Regnaert — an intern with the City of Greenville who completed a case study on missing middle housing in Greenville — to share his thoughts.

What exactly is missing middle housing and why is it "missing" in many areas of Greenville?

The idea behind missing middle housing is to provide a diversity of housing options within walkable urban neighborhoods, while keeping the character of those neighborhoods intact. Many of the multi-family units that are being constructed in Greenville are large, mid-rise buildings in the urban core of town. Missing middle housing provides the opportunity for an increase of density within single-family neighborhoods by creating units that are similar in scale and architectural style to the single-family homes that surround it.

Often, especially with duplexes and fourplexes, you can’t tell the difference between those units and the single-family homes next door. Unfortunately, these housing types are often missing from cities because conventional zoning regulations prohibit them in most single-family areas.

You explored two areas in the City that include a range of missing middle housing types — West Earle Street and the Heritage Historic District. Can you tell us about each of these areas, including the range of home types within each and the general demand for living in those neighborhoods?

Both the West Earle Street and Heritage Historic District study areas are located about a mile north of downtown. Their proximity to the central business district, as well as Unity Park in the future, makes these areas highly desirable and excellent locations for missing middle housing.

These areas contain a number of the missing middle housing types. Both have duplexes, fourplexes, and multiplexes. West Earle Street includes a carriage house, and the Heritage Historic District has townhouses. The really cool part about the missing middle housing that exists in these neighborhoods is that it accomplishes the goal of integrating density within the context of a single family neighborhood, blending well with the single-family homes that surround it. In fact in most cases, the two are indistinguishable.

Conventional zoning regulates land by use or activity. Often, this leads to specific, divided areas that allow certain uses such as single-family residential, multi-family residential, commercial, etc. Each of these districts have requirements (such as use, floor area ratio, or density requirements) that restrict missing middle housing types.

Missing middle housing is intended to be located within low-rise residential neighborhoods. These neighborhoods are often zoned single-family and do not allow for housing with multiple units. This eliminates the possibility for duplexes, quadplexes, and even townhomes in single-family zoning districts.

Multi-family zoning districts, on the other hand, allow for the number of units, but traditionally are written to allow for much taller and wider buildings which encourage a development pattern that consists of clustered apartments and other large multi-family unit types.

Density requirements can also be an impediment to missing middle housing. Missing middle housing types are similar in size and scale to single-family homes, but vary dramatically in density. This makes them nearly impossible to regulate with a density-based system. A zoning district with a relatively low density requirement wouldn’t allow for the full mix of missing middle housing because the density of housing types like bungalow courts or larger multiplexes would be too high for approval. On the other hand, a district with a higher maximum density and few to no building form standards — would encourage large, out-of-scale apartment buildings that max out the size of the lots.

Are there other areas of the city that have missing middle?

Yes! Kingsview Pointe in the West Greenville neighborhood was recently constructed and contains missing middle housing. There is also a great example of a bungalow court at 38 Southland Avenue.

What are you hoping community leaders and elected officials will take away from the case study?

Hopefully, the takeaway from the study is that missing middle housing already exists and is working in Greenville. Often, when people think of multi-family units, they think of large apartments or condominium buildings. After looking at this study, there will hopefully be a better understanding that density and affordable housing can be achieved in single-family districts by creating multi-family housing that is compatible in size to the single-family detached homes that surround it. With this understanding, community leaders and public officials can work together to figure out how to best promote missing middle housing in Greenville.

After learning more about missing middle housing, do you have a favorite home "type" that you'd consider living in one day?

I would certainly live in any of the housing types! But I think that a carriage house would have to be my favorite. They are generally small in size and offer a lot of flexibility. They are also unique in that they can instantly add missing middle housing to any single-family detached home, and that’s pretty cool.

Armand Regnaert is a graduate student in the Master of City and Regional Planning program at Clemson University. He has spent the academic year interning with the Community Development division of the City of Greenville. Click here to view his case study on missing middle housing in Greenville.